3 Trends Shaking Up App Development in 2016 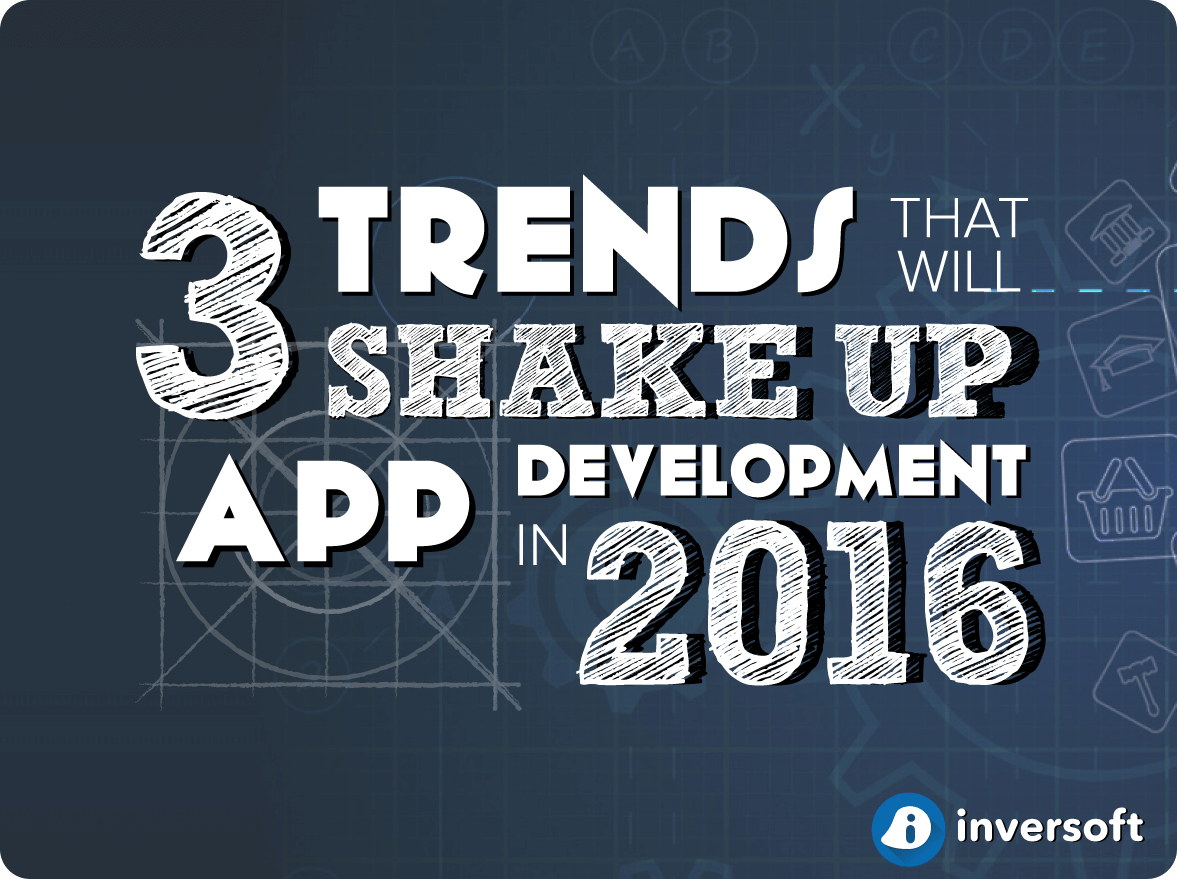 With the number of apps and mobile users projected to increase exponentially, developers who create the most advanced technology fastest will gain the competitive edge needed to stand out amongst competition.

The software industry is ever-changing. The field is highly dynamic, focused on building and changing the way we live, work and play. 2015 was a tumultuous year for developers.

IT was impacted by innovations from within as well as external factors, such as increased government regulations and cyber-crimes originating both in the U.S. and abroad.

As we enter into the new year, we thoughtfully review the past and look towards the future of technology. Here are three critical trends to explore:

After a year that included massive data thefts at Anthem (87 million patient records), VTech (6.4 million children’s accounts) and even the U.S. Office of Personnel Management (21.5 million security clearance applications plus 5.6 million fingerprint records), 2016 is sure to see a stronger emphasis on data security than ever before.

The European Union leads the way with its upcoming General Data Protection Regulations (GDPR). Now in its final text, the GDPR is expected to be formally ratified by the European council in early 2016.

This promises to be a bellwether development in global data security regulations, with an impact that extends across all 28 states in the European Union and, by extension, to governments in North America and elsewhere.

Among other things, the GDPR mandates the appointment of a Data Protection Officer for organizations of 250 employees or more; it’s important to note the requirement extends to non-EU businesses.

Other regulations include the implementation of defined lifecycles for personal data and pre-installed data protection for all new technologies and services. Violators will be subject to fines of up to 4% of revenues or $20 million, whichever is higher.

While the U.S. currently has less heavy requirements for data protection, the GDPR will no doubt influence data security considerations globally in 2016 and beyond. This will change the game for developers - security will need to be a top priority, adding to the time and expense required for app development.

On the plus side, the emphasis on security will surely create opportunities for security solution vendors. Most enterprises don’t realize how challenging data security and privacy are becoming.

Entrepreneurs who develop ways for companies to get good security audits without expensive investments (a prime concern for small business) will be in high demand.

Widespread Use of APIs

As computing resources shift from expensive and scarce to affordable and available, developers must find new ways to innovate. Originally built for complicated challenges like data analytics, APIs are now available for just about any programming task.

The goal is no longer to solve difficult problems, but rather to save time and bring new features to market in the shortest time possible.

The low cost of entry for APIs is creating a new class of startup. Tons of APIs are coming on the market for thousands of uses and new companies are being created daily. 2016 will see dramatic increases in API availability - something that should ease workloads for developers.

For years, backend server systems have been built on major programming languages like Ruby, .NET, Java and Python. Each monolithic application contains libraries and features, many of which are not used on a regular basis.

Developers have a hard time with the major languages because they are just too big. They present large dependency issues and the problem becomes especially daunting with mobile device apps, where storage and RAM are at a premium.

Most language managers realise the size problem and are addressing it through modularization, a ‘slim down’ technique that separates the program into several, smaller modules that can be combined for functionality. This dynamic tailoring enables apps to be developed faster and cheaper - with better overall performance and speed.

Oracle is leading the way in modularisation with its release of Java 9. The new release is a complex undertaking. In fact, the company blames its recently announced delay in Java 9 on complications stemming from modularisation. Nevertheless, the number of modularised, flexible languages are sure to grow and they will transform app development industry wide.

A number of other trends are impacting app development, from the relentless march of the Internet of Things to the expansion of wearable devices. Apple’s HomeKit and Amazon Echo are helping build the IoT universe.

As these and other innovations influence the marketplace, ingenuity and adaptability will be essential traits for organizations. Development timeframes continue to reduce, competition is intense and new opportunities unfold daily. As they say, nothing is ever constant except change itself—something developers would be wise to remember in this new year, and for many after.