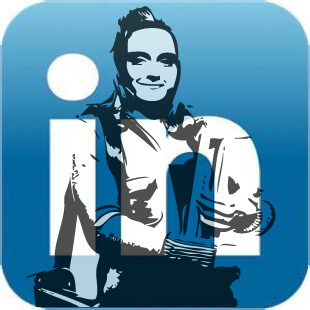 LinkedIn has always been the social network site that was closest to the “original” (or pre-Web 2.0) idea of networking – the professional kind. So, since a lot of people start thinking about callings and careers before they’re 18, it makes sense that LinkedIn should be open to high school students.

Last month the social site announced it would open its doors to people 14-17. LinkedIn also announced its new University Pages, which are similar to its company pages. In addition to being able to research the kind of information anyone would find in college and university Web sites, teens, parents and other LinkedIn members will be able to learn about and connect with alumni. It’ll now be “easy to quickly see how a school’s alumni network overlaps with your personal friend network, opening opportunities for an online introduction to a friend of a friend,” Time.com reports.

So for example if a high school student at your house is a musician and wants “to find a great but affordable music conservatory with a good liberal arts program, LinkedIn’s university pages can show you what percentage of a school’s alumni are currently working as musicians, as writers, and as waiters,” Jolie O’Dell at VentureBeat reports. “If I’d had this tool 15 years ago, I could have seen that my college was, in reality, a much better choice for music teachers than performers and nurses or biologists than writers,” she writes.

“It’s a depth of information about the outcomes of [for example] an NYU education that no number of surveys by the college’s alumni office could match,” Time adds. The depth comes from a blend of the sheer critical mass of members, the site’s professional orientation, and the job recruiters it attracts. “The major moneymaker for LinkedIn, which is valued at $20 billion, is its recruiting software [which] employers to find and contact job seekers, and the service costs recruiters about $8,500 a year,” the Huffington Post reported, citing the Wall Street Journal. It also cites MarketWatch data showing a 37% growth in membership for LinkedIn over the past year.

Some of the coverage about allowing teens was predictably negative but the reasoning seemed like a stretch. Slate.com posted a great response, e.g.: “These writers seem to have in mind a sort of reverse Reefer Madness in which the lure of the demon drug LinkedIn leads kids away from lives of carefree hedonism in a self-destructive quest for future employability. But of course it isn’t LinkedIn or any other social network that’s pressuring kids to dabble in internships, student clubs, and the other pre-professional gateway drugs that Constine is so concerned about [referring to TechCrunch’s Josh Constine, who wrote “Losing Our Childhood to LinkedIn"]. It’s the college admissions process itself, which, if memory serves, already requires you to build a resumé.”

The bottom line: It’s another solid resource for the job- and/or college-prep aspects of growing up if teens care to tap in. Here are…