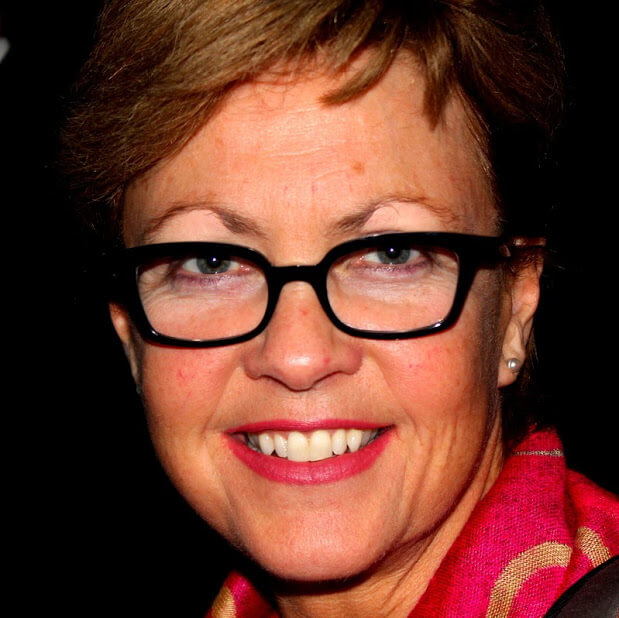 Inversoft would like to introduce the expertise and blog piece of Anne Collier. Editor of NetFamilyNews.org and founder and executive director of its parent organization, Net Family News, Inc., Anne is a writer and journalist who has worked in the news media since 1980. With SafeKids.com's Larry Magid, she co-directs ConnectSafely.org, a Web-based interactive forum and information site for teens, parents, educators, and everybody interested in the impact of the social Web on youth and vice versa.

The Meta-Trend Behind the Teen (& everybody) Mobile Trend

As the news stories about teens’ mainly mobile (digital) socializing multiply, parents seem to be turning a corner too. Monitoring kids on Facebook is “so 2009,” ABC News reports. Even the very tech-savvy “Online Mom” blogger Monica Vila wrote recently that “everything went mobile and I lost control” – though calmly (and I think wisely) adding that this taught her “to focus more on being a mentor rather than a gatekeeper.”

I’ll get back to the parenting part in a second, but first a bit about the multiplying stories. Facebook itself confirmed the teen trend, writing in its Feb. 1 annual report to the SEC that “we believe that some of our users have reduced their engagement with Facebook in favor of increased engagement with other products and services such as Instagram.” Good that Facebook owns Instagram, Business Insider suggests (the reasons the article offers for teens’ embrace of mobile while not leaving Web sites in any wholesale way make a lot of sense), but a CNET report cites the comment by Facebook CFO David Eberman in an investors meeting that Instagram is a “formidable competitor” of its parent.

Why so Mobile? (The Meta Trend)

Facebook’s “too overrun by parents” is the reason given in another CNET report for young people’s interest in so far ad-free Instagram, Snapchat, games, texting and other social cellphone apps. So it’s gotten so that Facebook is to teens what LinkedIn is to adults (buttoned down), according to a business consultant source of CNET’s. Here’s how CNET characterizes tweens’ use of Instagram (which doesn’t have an official minimum age), citing a business consultant: “Tweens and teens are addicted to the idea of eliciting more reactions in the form of likes, followers, and comments…. They employ like-for-like photo tactics, use a myriad of hashtags to get their pictures in front of more users, and promote their desire for additional followers in their profiles.”

Is that what you’re seeing? I’m seeing some of that, but I think there’s also simply the friends-always-at-our-fingertips factor and the micro-customization factor. The former’s obvious food for thought for social media users of all ages. The latter is my theory that, because of the vast diversity and simplicity of mobile apps and because social media use is so individual, the mobile platform now gives users a near infinite number of choices, letting them micro-customize their social media not only to their interests but also to their interest at any given moment. This, I think, is the meta-trend for social media users of all ages (and demographics and cultures).

A Washington Post report on teen social media use predictably reports that “some of these apps could make it harder for parents to keep track of their kids’ online activities, pointing to Snapchat, Wickr, Tumblr and Formspring (though the Post apparently didn’t hear that Formspring’s shutting its doors in a week).

Pheed may beat them all though (or be the next mobile phenomenon). Recently called by Forbes “the No. 1 social app,” thanks to teens, Pheed is less than four months old and already has 1 million+ users. FastCompany calls it “a clever mash-up of every social media site that ever existed” because users “curate their own channels with everything from words, photos, videos, live broadcasts, and audio clips.” And “giving users the option to charge for content means that whole tricky monetization question just got a bit easier,” which suggests sustainability. Pheed’s “not a phad,” Forbes quips.

Parenting Past the Turning Point

You control the phones, but it’s not about control. That may sound like a contradiction, but it’s not. I mean, there are of course some areas where parents have control – we buy the devices and the services that run on them, so we have the ultimate say over how they’re used. But total control over something that goes wherever our kids go (and that accessibility is the biggest reason why most parents get kids phones) is both impossible and undesirable. They need space to develop and grow the inner guidance system I mentioned at the end of my post on the latest mobile data – space for a little trial and error that’s social, technical, ethical, and developmental. That builds resilience and competency in our kids, which fosters self-reliance rather than dependence on us. It also models and places value in self-control, which is becoming increasingly important in a user-driven media environment and epoch. Yes, the mobile trend makes it a lot harder to hover, but that’s mostly upside where healthy kids are concerned.