The fourth in a series of posts about the finer points of profanity filtering...

CleanSpeak's Profanity Filter is capable of detecting this type of filter attack and will correctly and automatically identify words regardless of the use of repeated characters.

The third in a series of posts about the finer points of profanity filtering...

Example #1 is a simple character swap of an "a" to an "e" that still retains the same phonetic structure of the word and allows the reader to infer the original word.

The second in a series of posts about the finer points of profanity filtering...

Character replacement is the process of replacing certain characters with others, usually symbols, that look the same or similar. This is a popular method, often referred to as Leet or "L33t" speak, used to attack traditional content and profanity filters that ignore or don't play well with non-alphabetic characters. Some examples...

The first in a series of posts about the finer points of profanity filtering...

You've seen it all over the @#$%&! place, but probably didn't know that this ubiquitous string of characters has a name that was coined almost 50 years ago by cartoonist Mort Walker, the creator of "Beetle Bailey" and "Hi and Lois."

"Grawlixes" is one of a series of great words (Agitrons, Blurgits, Plewds, Farkles, Digitrons,  and many more...) that Walker invented to describe the devices cartoonists employ to convey specific types of information in their comic strips. Loudly used to express obscenities right in the middle of the family oriented funny pages, the Grawlix reigns as the grandaddy of all profanity filtering options and practically defines the category of "replacement characters," a topic we'll explore in more detail in an upcoming post.

Learn more about Grawlixes online at:

Is a Profanity Filter Just for Kids? 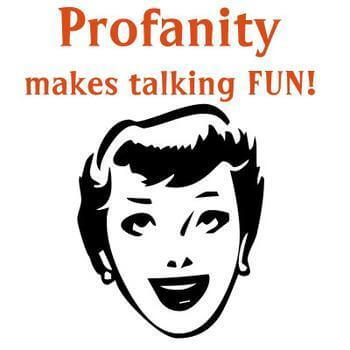 The short answer: No